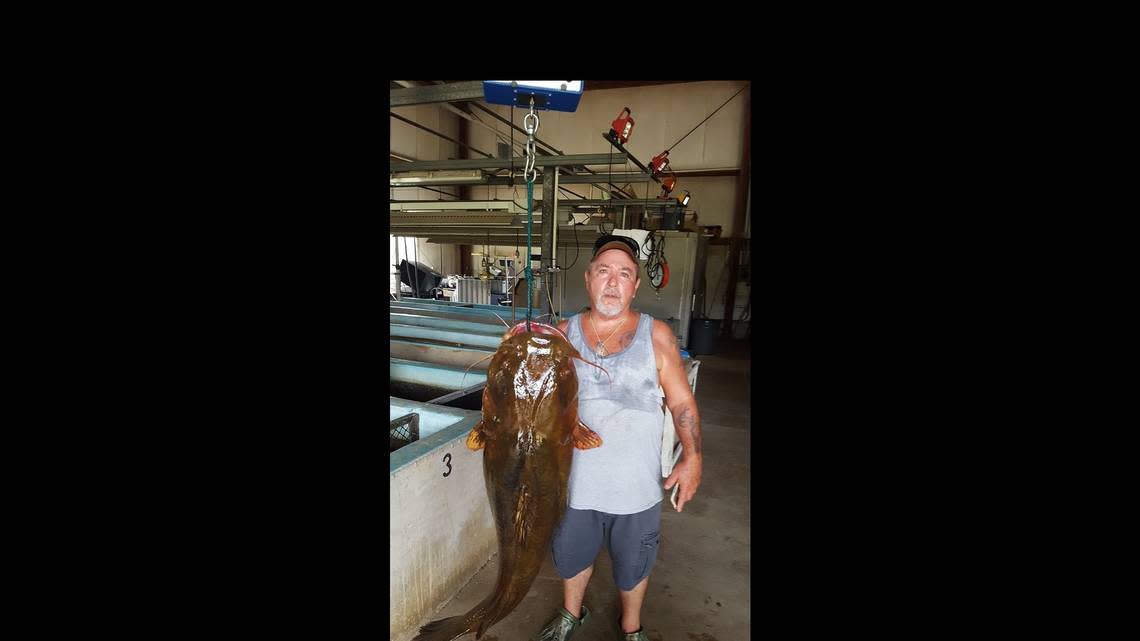 A lifelong angler experienced the “catch of a lifetime” after he reeled in a record-breaking flathead catfish from the Yellow River in Santa Rosa County, the Florida Fish and Wildlife Conservation Commission (FWC) announced in a news release.

“I’ve caught some good ones before this fish, but none of them were more than 54 pounds,” said Nowling, according to the release. “I’ve been fishing since I was old enough to hold a pole and have been fishing on Yellow River as long as I can remember.”

The catfish, which was weighed by biologists at the FWC’s Blackwater Hatchery, came in at 69.9 pounds and measured 48.5 inches long with a girth of 38.25 inches.

“I’ve been deep sea fishing to creek fishing and I never expected to catch a state record fish,” Nowling said. “That day I was fishing for channel catfish and can’t believe I caught a huge flathead. I was in the right place at the right time.”

The solitary lifestyle of the flathead makes them more of a challenge to catch, the FWC says. The fish prefer long, slow-flowing rivers.

“A state record catch is a once-in-a-lifetime achievement for an angler,” said Jon Fury, FWC’s Director for the Division of Freshwater Fisheries Management. “We are pleased to award this state record to Mr. Nowling.”