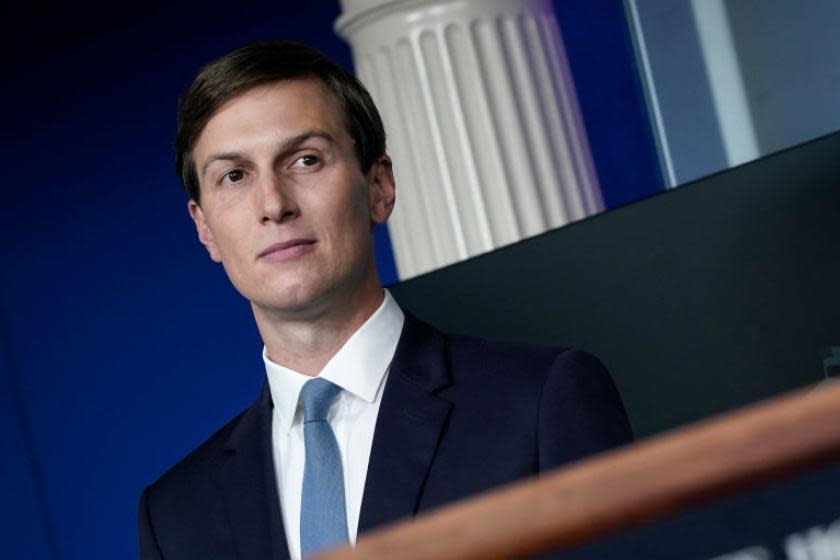 After a violent attack by Trump’s supporters on the Capitol led many major social media platforms to ban the president and some of his allies, Trump could have headed to Parler, Gab, or other sites favored by conservatives. But Trump’s son-in-law Jared Kushner, along with White House social media manager Dan Scavino, convinced him otherwise, people familiar with the matter tell Bloomberg.

Amid an effort to migrate Trump to those sites, Kushner told Trump’s director of personnel John McEntee and other White House officials that he shouldn’t be signed up. Trump could’ve overruled Kushner, but Scavino’s rejection of the sites led him to stay off, the people told Bloomberg. Kushner and Scavino apparently didn’t think Parler and Gab “were well managed or could handle the traffic” that would coincide with Trump’s arrival, Bloomberg reports.

Parler and other fringe websites and message boards favored by conservatives and the far right were full of discussions about the Capitol attack in the weeks before it happened. They have also become breeding grounds for dangerous conspiracy theories, including QAnon, whose followers were among those storming the Capitol.

In the days since the Capitol attack, Apple and Google have removed Parler from their web stores, while Amazon Web Service, which hosted the site, took it offline.

More stories from theweek.com
Do Democrats realize the danger they are in?
America’s rendezvous with reality
What ‘Blue Lives Matter’ was always about