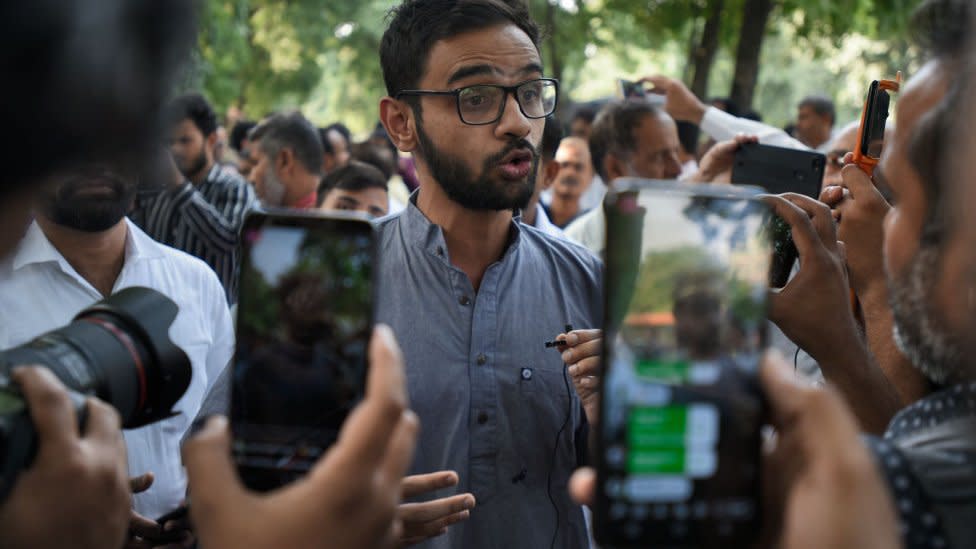 A prominent student leader has been arrested in connection with February’s deadly riots in Delhi.

Delhi police have alleged that Umar Khalid was a “key conspirator” in the riots.

Mr Khalid is among several prominent activists and student leaders who have been arrested.

Mr Khalid and his lawyers are yet to make a statement.

Religious riots broke out between protestors for and against the Citizenship Amendment Act (CAA), a controversial citizenship law.

The law – which critics say is anti-Muslim – sparked massive protests across India after it was passed last year. One such demonstration in Delhi turned violent and it soon took religious overtones. The rioting in February continued for three days, leaving more than 50 people dead.

An Amnesty International report recently said that Muslims were disproportionately targeted in the riots.

“With this, we have no doubt to say that this inquiry is not about the violence… Khalid is one of the thousands of voices who spoke in favour of the constitution in anti-CAA demonstrations across the country, particularly keeping in mind the peaceful, non-violent and democratic ways,” the letter said.

United Against Hate (UAH), an activist group that Mr Khalid is a member of, said Delhi police must ensure Mr Khalid’s safety.

The activist was also arrested in 2016 on charges of “sedition”, along with another fellow student leader, Kanhaiya Kumar, for allegedly shouting “anti-India” slogans.

They both denied the charges and were released on bail.